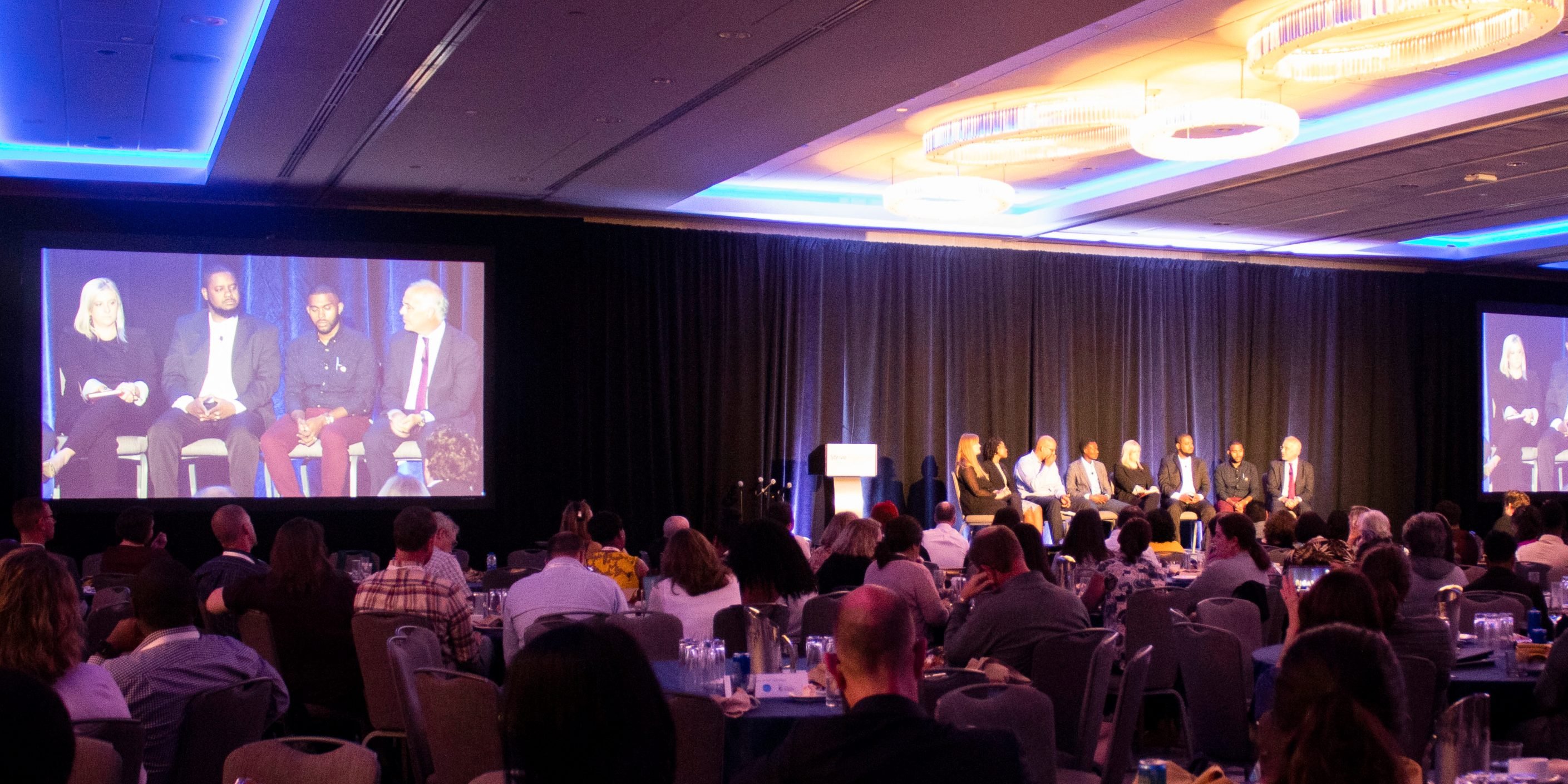 With his keynote at the Cradle to Career Network Convening’s final plenary session, New York Times columnist David Brooks initiated a conversation about the power of relationships.

Last summer, Brooks toured the country, visiting communities enriched by what he calls “weavers” — individuals and organizations creating trusting relationships to repair the frayed social fabric seen in the ways we ignore our neighbors or separate ourselves by our differences.

Collective impact aims to strengthen this fabric. Brooks got his first look at the StriveTogether brand of collective impact when visiting the Spartanburg Academic Movement, where he was touched by the way community-based partnerships were connected to serve the community’s children. He chronicled his discovery in a column aptly titled “A really good thing happening in America.”

At the convening, Brooks pulled forward his experience in South Carolina in his remarks and the panel discussion that followed. The panel was moderated by Jim Shelton, the former deputy secretary of education who coined the Cradle to Career Network’s term “proof point.” Shelton opened with a line from the column that crystalized one Brooks’ primary lessons from his Spartanburg visit: “Trust is built and the social fabric is repaired when people form local relationships around shared tasks.” 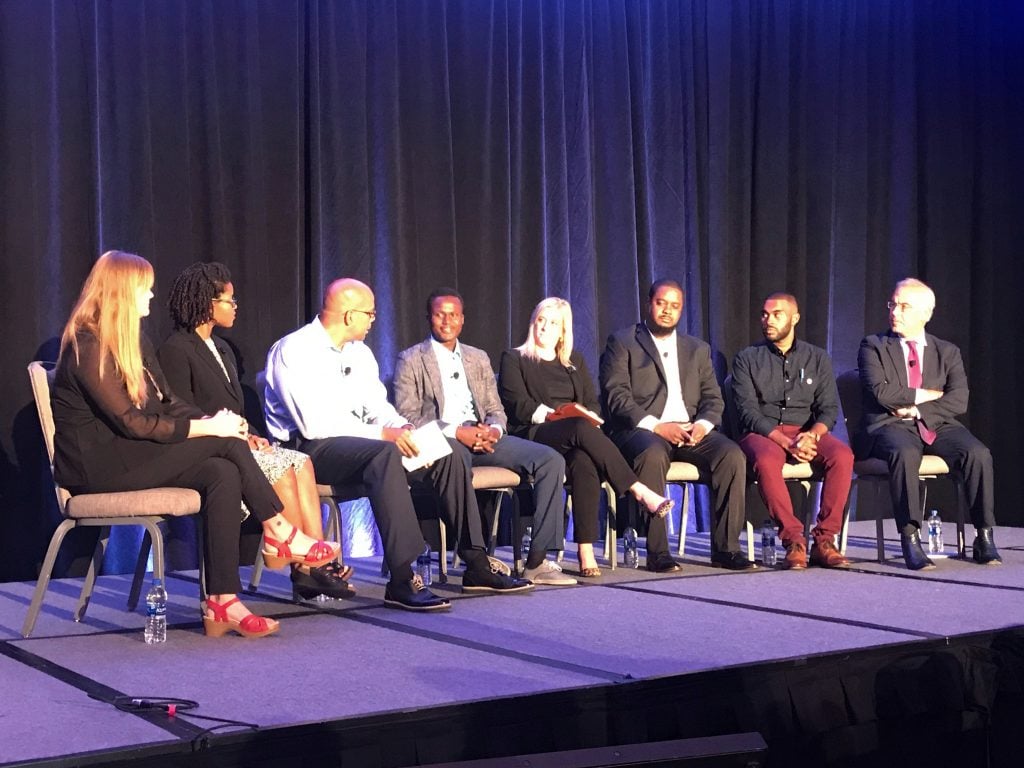 One by one, panelists described the examples of weavers working on these tasks in each of their communities:

These and other examples shared illustrate communities creating connections through meaningful relationships and appreciation of place. Such stories of relationships can often be overshadowed by leaders’ drive to achieve results. Brooks reminded audience members that as they navigate challenges back home, it is their relationships that will sustain the work. Relationship building is a skill, Brooks said.

“We all say we want to be good at relationship, but the people who are really good at it have gone through some sort of metamorphosis,” he shared. 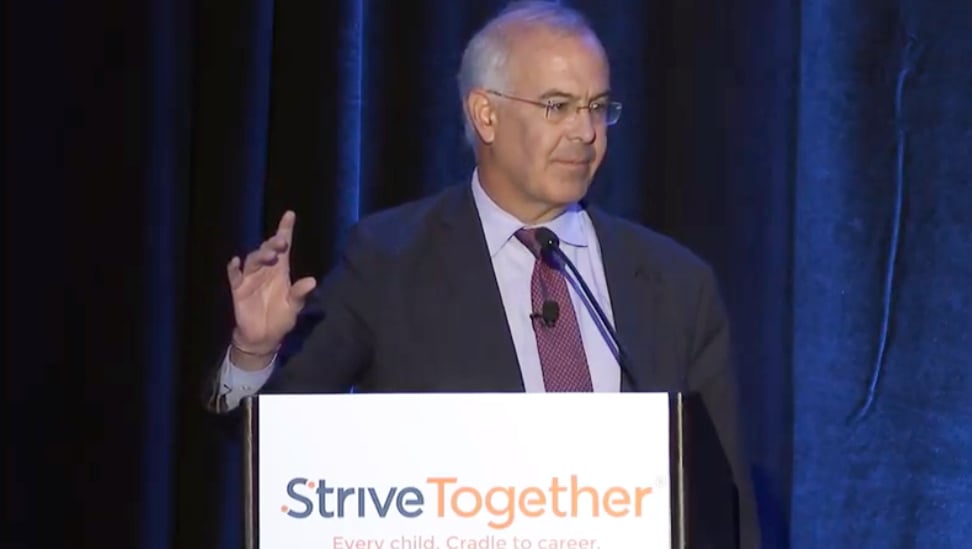 This metamorphosis is a narrative that Brooks has experienced in his own life, which he explained using StriveTogether’s name. Of the words “Strive” and “Together,” Brooks says he’s always been better at the first. He was a striver from an early age who chose his profession of writing after reading about Paddington Bear as a child. His journalism studies have led him to a career of achievement, with multiple books and a regular column in one of the country’s most prominent periodicals. But as his career progressed, Brooks found himself mostly alone, falling into a personal valley caused by a “lack of togetherness.” His charge to the audience was to remember the second part of StriveTogether’s name.

As an organization, StriveTogether too has seen metamorphosis, beginning as a network of like-minded partnerships creating collective impact in more than 100 communities. After an update to our theory of action added rigor to our framework, many communities left the Cradle to Career Network. Since then, the network has strived plenty, with a total of 13 proof point communities and an ambitious goal of 24 communities reaching systems transformation by 2023. But deep in the data lies something else — the strength of the community connectivity that has made it all possible.

Today, nearly 70 StriveTogether network members nationwide are creating relationships across sector, across difference and across the railroad tracks with a deep commitment to equity and closing disparities. As collective impact leaders, we are relationship builders first, and as we continue to learn and grow as a network, we take a note from David Brooks, who, as Jim Shelton noted, has not only the courage to change, but the courage to do it in public. And if individuals can change, culture can change, systems can change, and we can all keep striving — together.

Keeping students and families at the center
June 14, 2021

Collective impact partnerships in the time of COVID-19
April 1, 2020