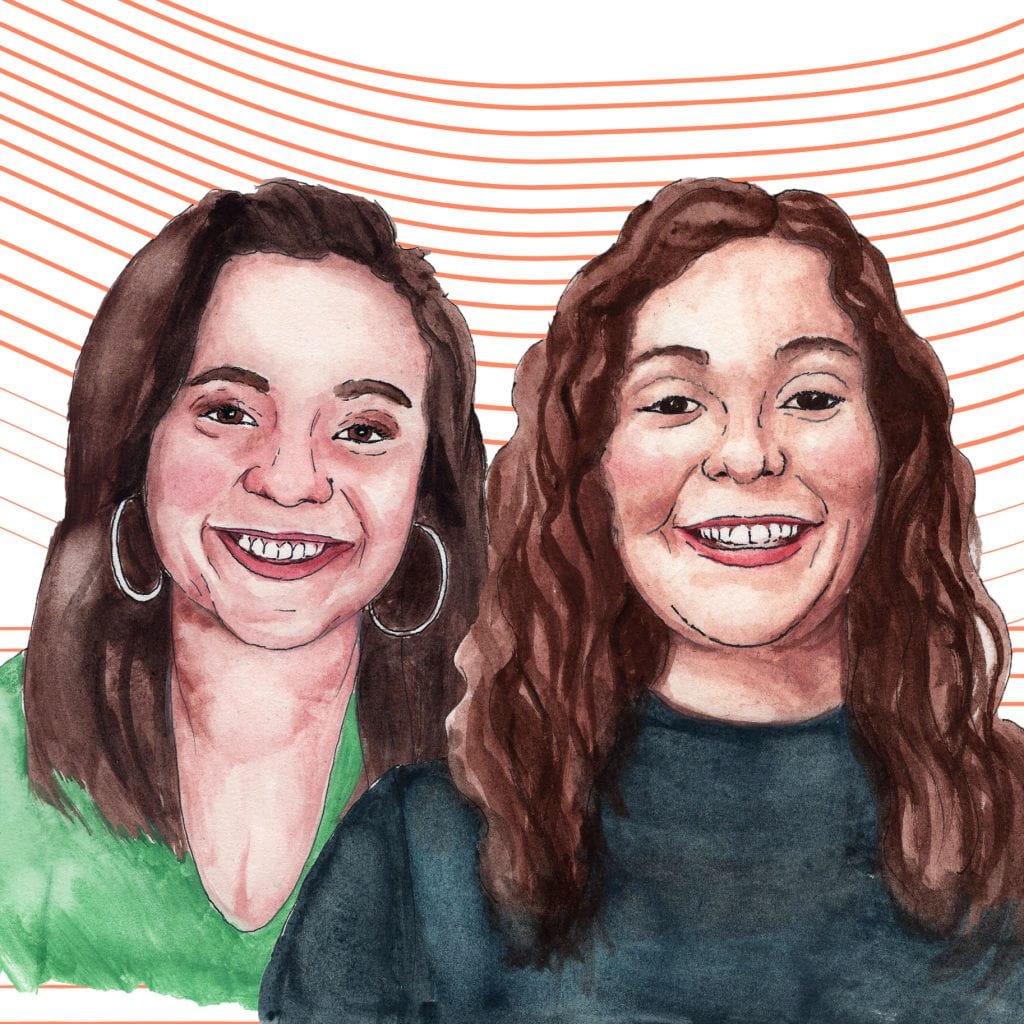 Sisters Gloria and Isabel Pappaterra recollect their educational experience and what they wish they had learned in school.

Gloria: We are children of immigrants. Our father is Puerto Rican and our mother is Cuban. Our father is also deaf. So we were raised in a household where we had a mesh of cultures. And all through elementary school, I felt cherished, protected. I felt like I’m a valued member of this community.

Isabel: Yeah, I definitely agree. But in fourth grade, we were writing a story about immigrating through the United States on like a wagon. And I was asking the teacher, “Could I include my dad who’s deaf and missing a leg?” Because it’s a huge part of his identity and I know it means a lot to me. She was like, “Yeah.” And the kid standing behind me, he goes, “I’m so sorry your dad’s deaf.” And I looked at him and I went, “Why?”

Gloria: I was always very excited about who we were and where we came from, and I never felt deterred by that, at least not in elementary school. As soon as I went to middle school, somebody called me a dirty, stinky Mexican. And I remember that hurting tremendously. It’s not because he called me a Mexican. If I were Mexican, I would be damn proud to be Mexican. But I’m not Mexican. It was the first time that a comment like that had been hurled at me with such hatred.

Gloria:  My senior year of high school, I attended this program called Anytown. Anytown changed the entire foundation of my being. At the time, there were a lot of things that I hadn’t really been introduced to. Racism was only talked about in a historical context, like this doesn’t happen anymore. We’re good. Right? And I remember sitting in the heterosexism module, which was set up with chairs all around, and one of our staff members came into the middle and it was a staff member that I loved. What ended up happening was he started coming out to us. We were taught you accept people who are gay, but we don’t tolerate what they do. Or we love them, but there’s a line. And I just knew that in this moment, this is a beautiful, whole human being. And that meant more to me than anything I had been taught. For me, it was the crack because I felt like everything I had been taught was a lie. And I was never the same after that, in a good way.

I started thinking about the things that we were being taught much more critically. I was asked to speak at a teachers event here in Dayton. And when I spoke to those teachers, I said, “You guys did great things when we were in elementary school and amplified our voices. But then we got to high school and where it really mattered, I was failed. We were all failed.”

Isabel: Now is the time to be bold. Stand up and don’t be afraid. Or be afraid, but do it anyways because it’s got to get done.

Gloria: You talk. You interrupt any -ism when you see it. That’s courage.