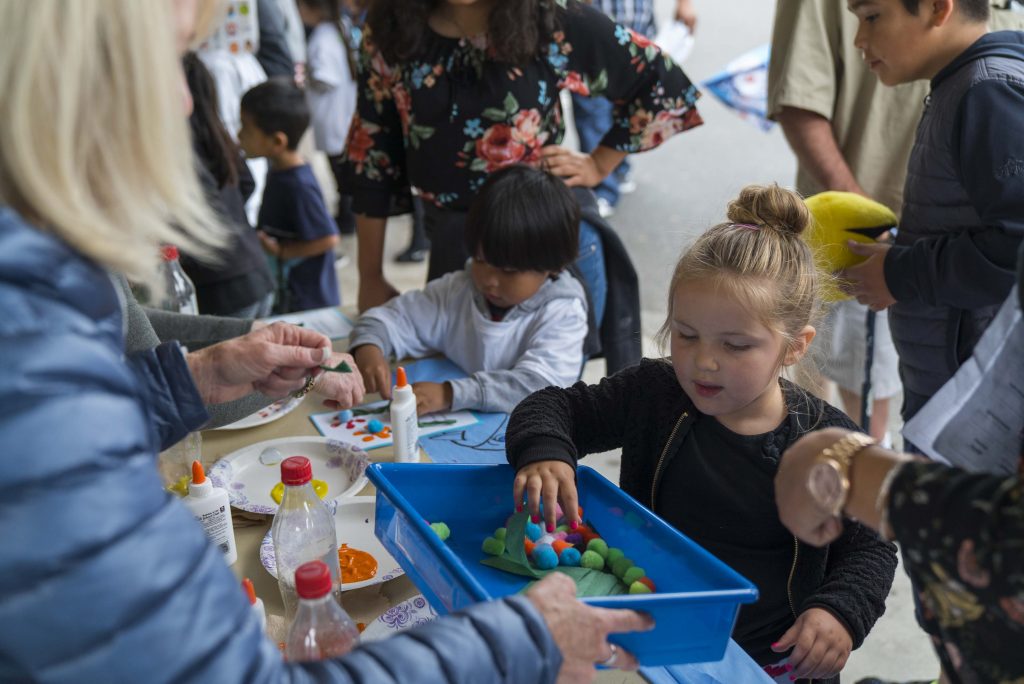 It’s difficult to set a nice table when you don’t know how many people are coming to dinner.

Likewise, it’s hard to prepare for a new school year when you don’t know how many students will sit in your classroom.

Late kindergarten registration is a problem for many school districts across the country. It’s a problem for teachers and administrators, who are trying to plan ahead for staffing, materials and the costs associated with them. It’s an even bigger issue for the children themselves, said Erik Korporaal, lead for the innovation department at Vista Unified School District (VUSD) in San Diego, California.

“They’re missing some of the critical early days of class when teachers lay out expectations for the classroom and friendships are forged,” Korporaal said. Children spend the next weeks or months catching up socially and academically with their classmates.

The 2017-18 registration season saw a focused effort by the school district and the local cradle-to-career partnership, Partnership for Children, to improve kindergarten registration by looking at the process, what is causing families to register late and what can be done to change it.

Steve Davis, a teacher on special assignment with the Vista school district, said 112 kindergarteners joined classrooms in Vista’s 14 kindergarten programs after classes had started this year.

Partnership for Children, which brings together leaders from several sectors of the community to improve outcomes for young people in urban San Diego, began several years ago when the VUSD superintendent approached United Way to support the effort.

“It was born of a focus group working to improve performance in kids from preschool through third grade,” Davis said. “It came out of one of our principals talking about being able to reach those students earlier, to close the achievement gap before it opened.” 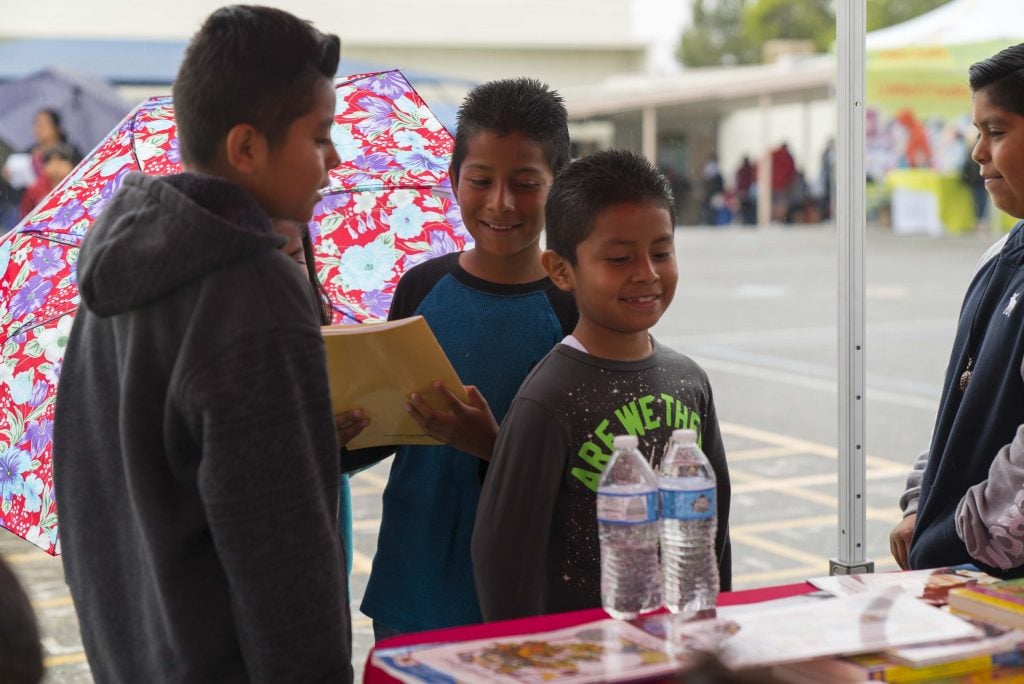 Joined by community partners such as clinics, churches and daycare centers, the resulting partnership began convening in fall 2015, and in spring 2017 turned its attention to kindergarten registration.

The partnership, which is a member of the StriveTogether Cradle to Career Network, started at the beginning, by looking at the process by which kindergarten students register for school.

Project leaders Debbie Lieberman and Tia Anzellotti of United Way of San Diego County said an examination of the registration process by Partnership for Children members and the school district revealed several obstacles for parents, including:

“The process can be a little bit overwhelming for some parents,” Davis said.

In a district in which 62.1 percent of children qualify for free or reduced lunch and 19.8 percent are English language learners, computer access and language barriers are two very real issues, Davis said.

Research by the partnership revealed that 67 percent of students who were late to register for the 2017-18 school year were from low-income families, homeless or in foster care. The partnership also found that many of those 112 kindergarteners came from the same areas of the district.

“We tracked which parents were late, mapped them and found an area of the city that needed extra attention and resources, such as computer access and bilingual assistance,” Korporaal said. He said that information is a vital part of the partnership’s plan to cut down on late registrations.

The partnership’s pilot project revealed, through simple observation as well as data analysis, that Phase 2 of the registration process was a hurdle for many families.

Events held within the community provided hands-on assistance with Phase 1, resulting in 90 percent of families completing this first step. But only 60 percent of those families went on to complete Phase 2.

“We were able to track data on completers of each phase and see how those varied across school sites,” said Lieberman, director of strategy and evaluation at United Way.

By comparing results across the Vista district, the partnership targeted struggling schools and incorporated best practices from schools where registration was happening more readily.

Lieberman said Tableau data visualization software helped the partners to make sense of the information and put it to work. 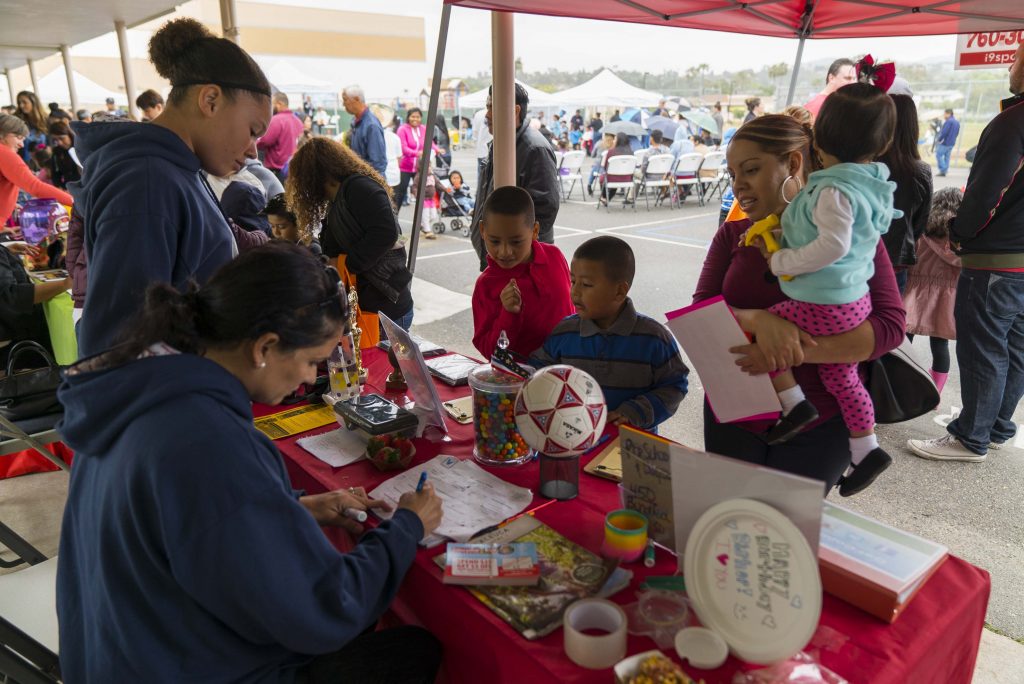 “Tableau has made the information more actionable for our partners,” agreed Anzellotti, United Way of San Diego’s vice president of partnerships. “The information we collected in our pilot year allowed Partnership for Children to see clearly where we were starting and the impact of our ongoing efforts.”

Tableau Foundation supports StriveTogether’s work with local cradle-to-career partnerships in communities across the U.S. through its fellowship program, in which Lieberman participated. The knowledge she gained through the fellowship has played a vital role in the partnership’s work, Lieberman said. And feedback from other fellows and Tableau coaches helped Lieberman improve the visuals used in the partnership’s efforts.

After a full examination of the registration process led to being armed with the knowledge of where help was needed most, Partnership for Children organized and held three “Get Out the Reg” community events at Vista schools to facilitate registration prior to the start of the 2017-18 school year.

“The supports provided were customized to what each family needed,” Lieberman said. For some, that meant help using a computer. Others required help with paperwork or child care.

The success of those events was limited, Lieberman said, partially because they weren’t widely advertised.

“The plan is to get dates out much earlier this year,” she said, and to work with all partners within the partnership to spread the word. Informational fliers and posters will be distributed throughout the community, including at churches, preschools, grocery stores, laundromats and other locations. Community liaisons working with the partnership also will tell families about the events.

Improvements also will be made to more accurately record registrations that result from partnership events. Last year’s registrations weren’t always entered as they came in, making it difficult to track the impact of the events.

“We don’t have a lot of solid numbers to work with, but last year’s campaign helped us identify a lot of sticking points and we’re now tackling each of those individually,” Anzellotti said.

The partnership will use data collected during the 2017-18 registration process to focus its efforts on improving registration for 2018-19.

Lieberman agreed that mapping out the neighborhoods having trouble with registration is key to the partnership’s ongoing efforts.

“We have talked about placing events in the community rather than at schools so that they feel more accessible for families who are new to the district and may not be comfortable or familiar with where those schools are,” Lieberman said.

A map of late-registering households was overlaid with a map of partner locations, which will serve as convenient registration spots for this year’s registration season.

“We used data from the previous year to inform our placement of the registration events planned for this year. This is an example of how we are trying to be data-driven in our registration strategies,” Lieberman said.

“This information will allow us to target our efforts a little better than we have done so far,” Davis agreed.

Research also revealed that some parents, having completed the online portion of the registration process, were unaware that there was a second step to be taken.

“When families did make it through the online step of registration, they got a notification that ‘preregistration was complete’, without clear instruction about Phase 2,” Lieberman said. “So, many families may have thought they were finished.”

It’s one of several sticking points identified in the campaign’s first year that will be addressed in the registration year that has just begun.

Changes in the coming year include: 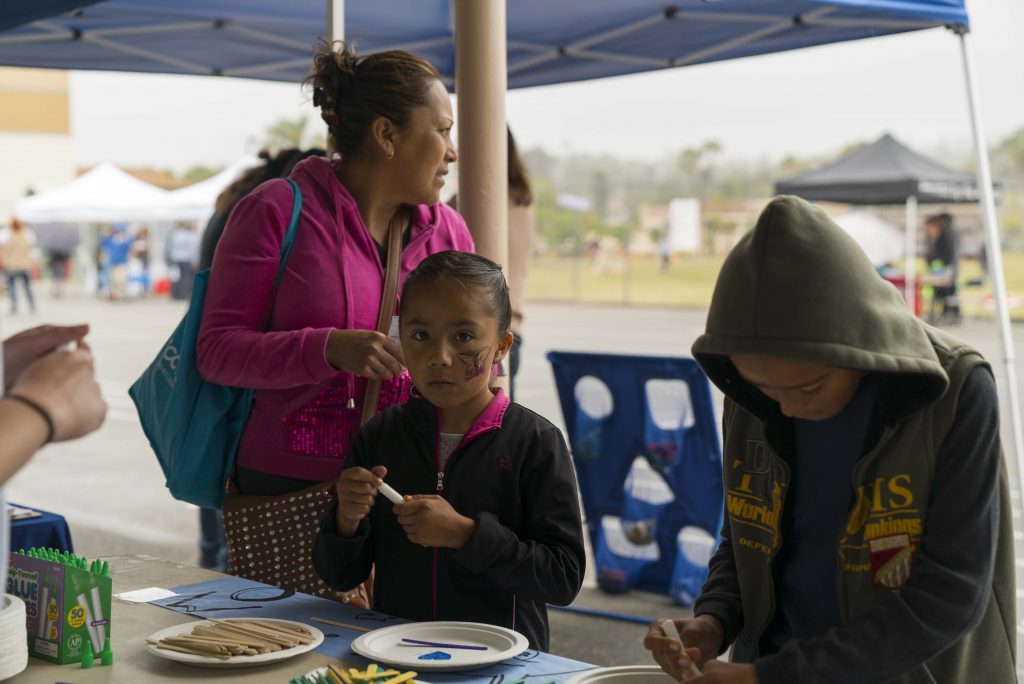 All involved agree that efforts to improve kindergarten registration are just beginning, but that what was learned in that first year will prove valuable as the new year begins.

Besides pinpointing the obstacles facing families and the areas where those families live, Anzellotti said the biggest result to come from the project’s first year is the relationship that has emerged between the district and its partners.

“We learned together,” she said. “Building that culture was a really important aspect — and a solid foundation for the work that lies ahead.”